How to learn flamenco from scratch 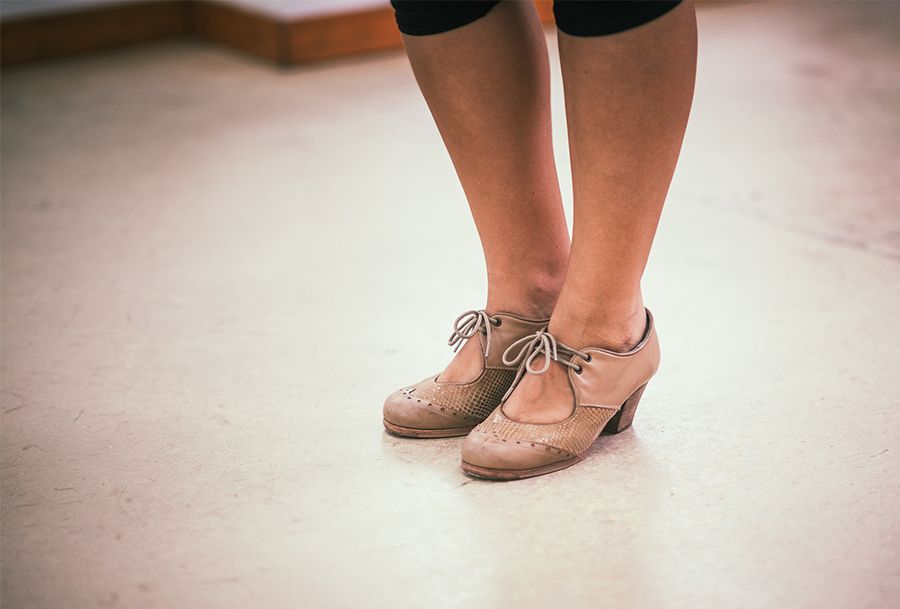 "The flamenco it is a philosophy, a way of thinking and feeling of an entire people and its historical tradition". Manolo Sanlúcar.

Can you learn to dance flamenco? To learn to dance you have to have time and patience. Apart from a lot of desire. The flamenco it is a show of aesthetics, style, charisma and dance discipline as the great dancer Matilde Coral already said.

What is the flamenco?

The flamenco is Intangible Cultural Heritage of Humanity. Declared by UNESCO in 2010.

It is an art of Andalusian origin that integrates dance, singing and guitar music. It is based on the rhythm of the flamenco "palos". It is known for its emotional intensity and is distinguished by its arm movements and the ferocious tapping of its heels. All this is accompanied by the deep strumming of the Spanish guitar.

It is the result of the cultural crossbreeding of Andalusia where people as different as the Gypsies, the Arabs, the Christians and the Jews lived together.

It was born in the middle of the 18th century but its roots go back to earlier times. It combines dance and musical elements that already existed in different cultures. Including African and Caribbean dances.

In the flamenco singing, dancing and guitar merge into a single artistic expression. The dancer interprets the feelings expressed by the singer. The dance is created with movements of arms and wrists, contoneos, turns, zapateos, rhythms and setbacks. The dancer with the percussion he plays in the zapateo becomes another part of the musical piece accompanying the guitarist and palmeros.

In the dance classes a sequence is taught and then adapted to the rhythm, the guitar and finally the singing. Even working on improvisation. We start by placing the body, controlling the arms, moving the hands, turning, tapping and breaking the body.

You learn the techniques and knowledge of leg and foot placement for correct footwork. All classes begin with stretching and warm-ups before the class so as not to injure yourself. It is decided which stick will be worked on for a full week.

The most important thing isunderstand the flamenco through one's own body, paying attention to each of its parts and gaining confidence in the movements.

With the basic technique you will learn to listen to singing, guitar and rhythm, to understand the flamenco and use the necessary tools to launch yourself into improvisation.The flamenco it is an improvised art.

The sticks of the flamenco

There are so many different flamenco palos that it is difficult to select a few. The most danced ones are the seguirillas, the soleá, the soleá por bulerías, the alegrías, the fandangos or the tangos without forgetting the sevillanas.

The joy has the same beat as the soleá but faster and as its name suggests the feeling is of celebration. The soleá is one of the pillars of the flamenco. The fandango comes from an area of Huelva and has an Arab and Portuguese origin so it is reminiscent of fado. Las seguirillas presents a solemn and sober dance. No ornaments that comes from the sad and painful feeling. Tango is one of the oldest. The most curious thing about tango is that when it gets slower it is called tiento.  The bulerías is the most flexible singing and dancing. There is no flamenco party that does not end with its bulerías. Like the joys, the bulerías show a rhythm the same as the soleá but more exciting. And finally the sevillanas that is the best known and widespread. Apart from being a couple dance.

The first step in learning to dance is attitude. Sign up for our classes

Leave a Reply Cancel the answer

How to learn flamenco from scratch

Everything you need to know about the Biennale of Flamenco

10 Things you can do at the Biennale to have fun

Tips for learning to dance flamenco

Tips for learning to play the flamenco guitar

Sign up for our Newsletter.
You will receive offers and much more.

We request your permission to obtain statistical data on your browsing on this website, in compliance with Royal Decree-Law 13/2012. If you continue browsing we consider that you accept the use of cookies.
I accept 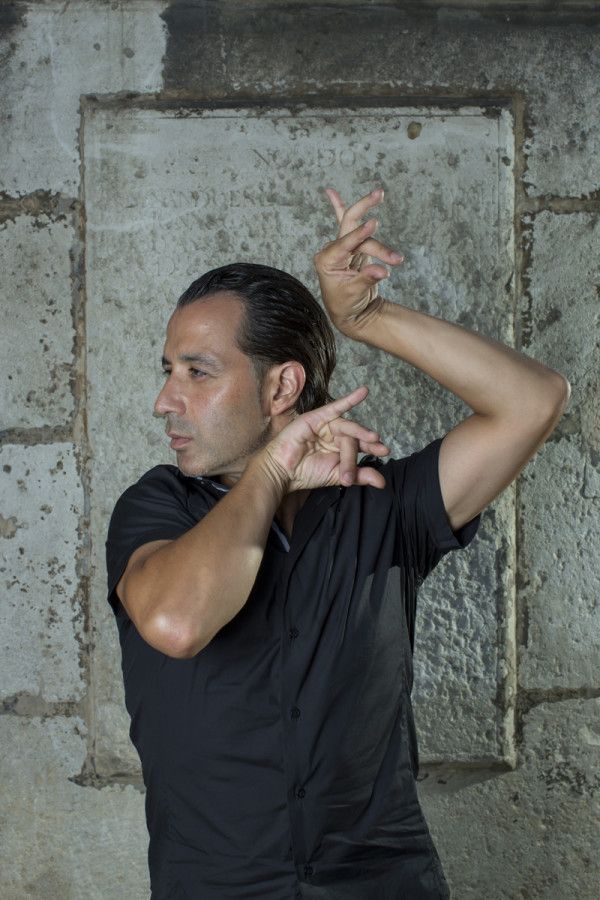 This complete dancer from Seville has an intense academic training in Spanish Dance and Classical Ballet, having studied, among other academies, at the Dance Conservatory of Seville and at Matilde Coral's school.

Dedicated to professional dance since the age of 14, he has distributed his art in places as different as Mallorca, Lanzarote, Barcelona or Naples (Italy), coming to participate as a dancer in the X Biennial of Flamenco of Seville, within the Company of Mario Maya. He has been a Finalist in the National Art Competition Flamenco of Córdoba 2001 and Semi-Finalist in the Young Talents Contest of the Art Biennial Flamenco of Seville 2002. He also took on a prominent role in ángeles Gabaldón's show "Immigration".

Together with artists such as guitarist Daniel Méndez, Moroccan musician Jallal Chekkara, percussionist Antonio Montiel and dancer Nicolia Morris, he formed in 2004 the group of flamenco mestizo Harmattan. In 2005 he premiered his own company in Germany with «Flamenco: made in Spain".

Open chat
Hello 👋 Need help?
Hello,
Can we help you, do you need more information?